The hidden history of Healey Dell

Like the hidden folds of the Dell itself, the history of the area is hidden in the mists of time.

About 8000 years ago, at the end of the last Ice Age, humans first appeared in the Rochdale area.  They were nomadic tribes but later began to settle during the Bronze Age (6000-2000 BC). By 70 AD, a tribe known to the conquering Romans as the Brigante first settled in the Dell area.   A 1000 years later, it was the Normans who sub-let the land to the De Healey, who built Healey Hall, the area consequently came to be known as the Healey Dell.

Sheep farming was prevalent here and the animals grazed the surrounding area extensively.  The meandering Spodden formed an ideal base for many small mills, which subsequently saw the development of woollen mills and later, cotton. Packhorse routes emerged, markets flourished, and the area became one of the most affluent in the region.

A number of local families lived here.  These included the Ashtons, Butterworths, Chadwicks, Gartside’s, Halliwells, Healeys, Holts, Schofields and Twedales, among others.

Tucked away in the Dell, today you will find stone rubbing mills (Th’owd Mill I’th Thrutch – the  old mill in the thrutch), waterfalls and rapids, “fairies chapel”, the disused railway station at Broadley Mill, the Rochdale to Bacup disused railway line (which was converted to a walking/cycling trail), reservoirs, and the remains of a wartime munitions factory. There are seven distinct walking trails in the area.

The Healey Dell Heritage Centre and Tea Rooms on Dell Road is a great starting point for local information and includes permanent heritage information on display.  The venue is full of character and an Edwardian themed charm on the banks of the Spodden river surrounded by a stunning and scenic natural setting.
Credits: Phillip Blackshaw and Allan Marshall who contributed significantly to researching the history of Healey Dell.

Britain became the world's first fully-fledged industrial society and cotton played an important role in this. It can however be claimed that Lancashire’s textile industries were at the frontline in development of the Industrial Revolution and the technology that dominated it.

Although still one of the most beautiful parts of the Dell, time has taken its toll on the Fairies Chapel. The “Thrutch,” a narrow gorge, is fantastical feature, and was still more so before the great flood of July 4th, 1838, which destroyed what was in known as the Fairies Chapel, This was: “a cavern in the rock, which had a pulpit, reading desk, and seats, formed out of the rock by the action of the water”. 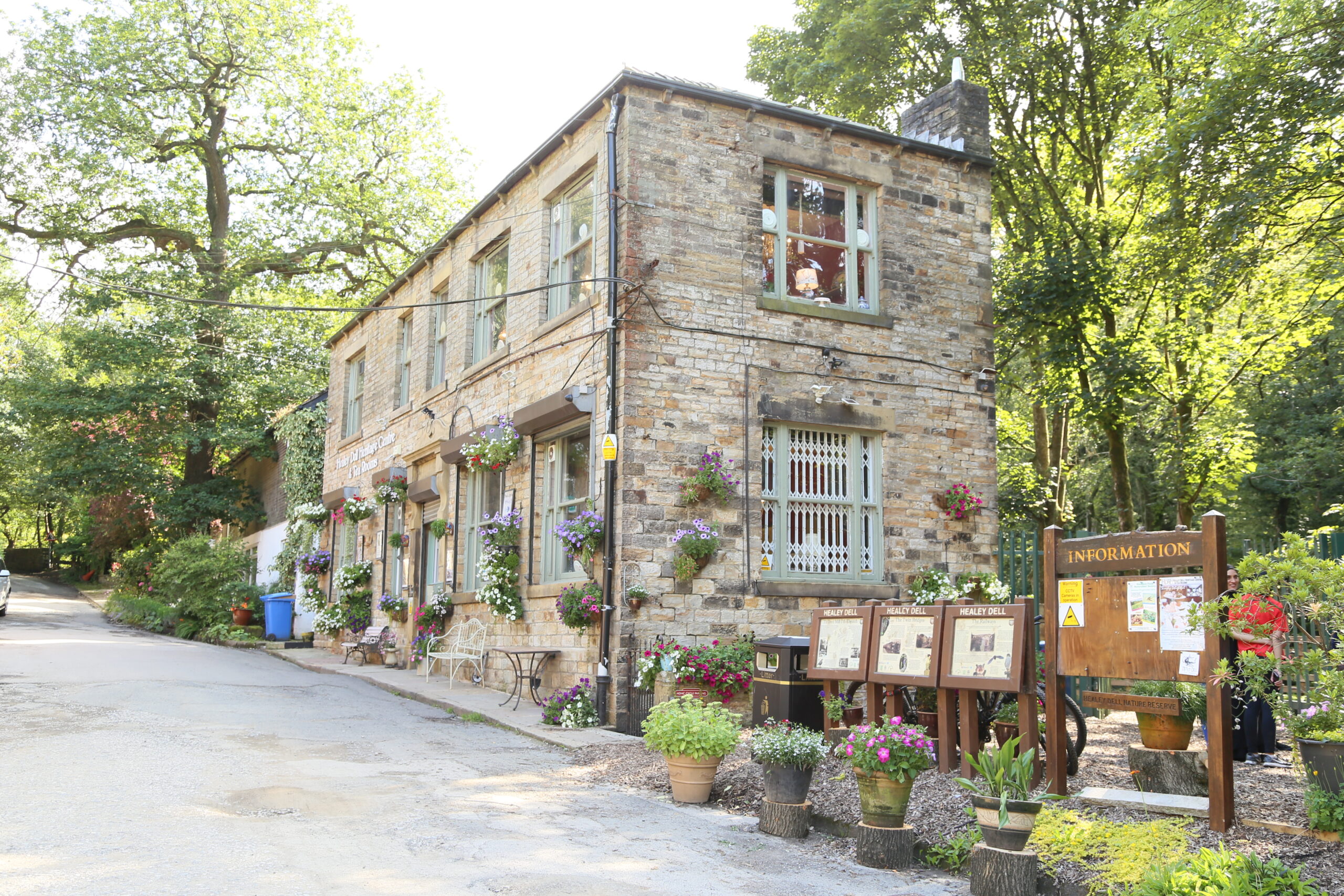 It has now been confirmed that, from Thursday 5th November, the UK will be going back into lockdown.  As part of the measures, all non-essential businesses will close, and all restaurants and cafes will not be able to offer dine-in service, and we will be following these rules.  However, we are still allowed to provide takeaway and delivery orders, which we are thrilled to be able to do.  We think that, as the weather is getting colder, there is nothing better than enjoying a spot of tea in warmth and comfort.  Have a look at our takeaway menu by clicking the button below, and order something to enjoy the Autumn weather from the comfort of your own home.  Delivery is free within a three mile radius.

We will keep an eye on how the lockdown progresses, and we will keep you posted on what we will be doing as the end comes near.  We got through the first lockdown back in March, we’ll get through this one, and Healey Dell Tea Rooms will be there to bring you the comforts and pleasures that we always have.

We use cookies to ensure that we give you the best experience on our website. If you continue to use this site we will assume that you are happy with it.Ok